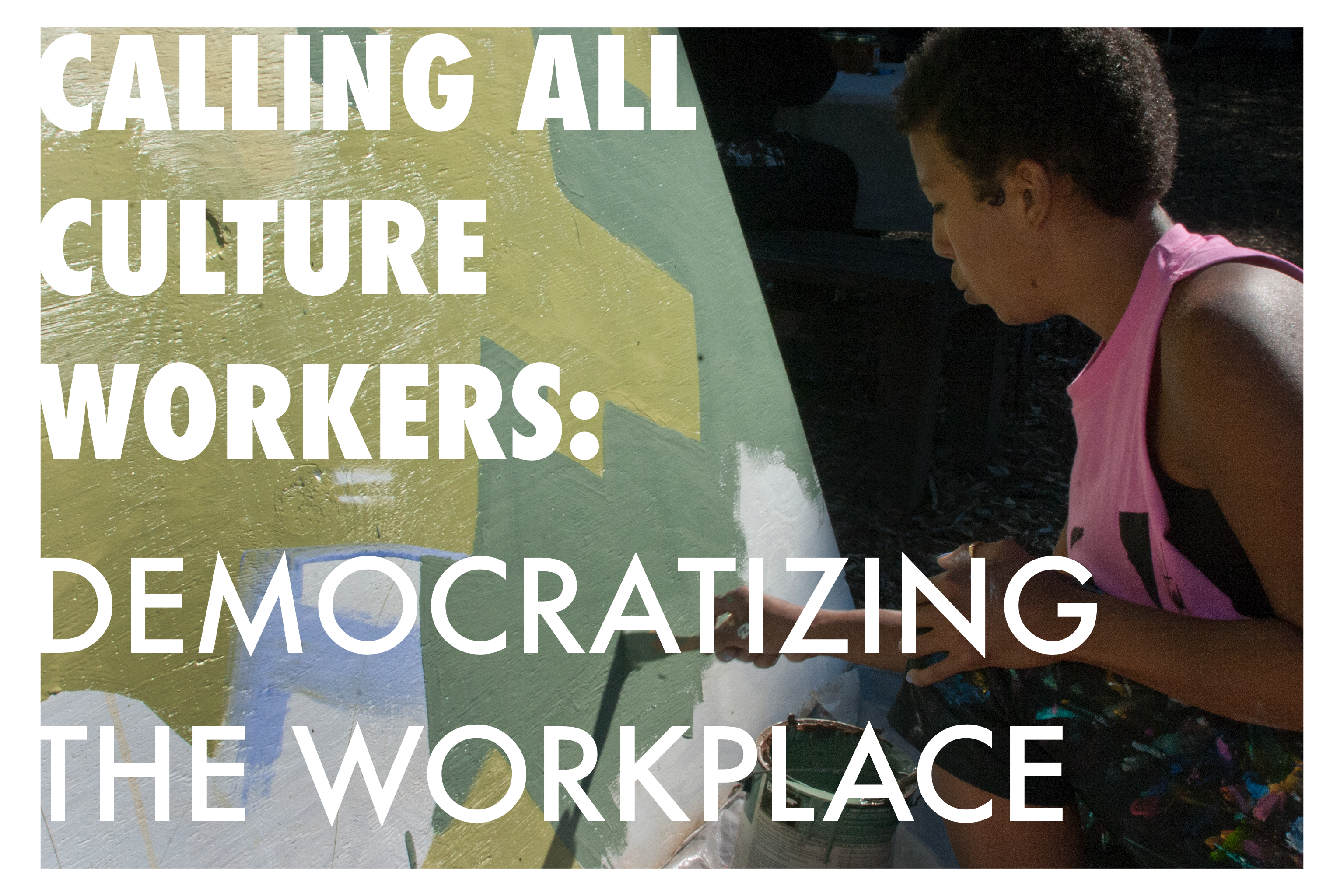 Green Worker Cooperatives is the Bronx based, New York City-funded organization which incubates new worker-owned cooperatives--groups of NYC entrepreneurs united around a community-centered mission--twice a year through its Coop Academy, a free five-month, intensive business start-up training program. Registration for admission to the fast-approaching Spring 2017 session of Coop Academy will begin in December. The start date of the Spring academy will start in February.

We will explain how Co-op Academy works and how to apply.  We will also talk about some of the cooperative businesses which have been incubated this way, including several other arts-based, women-owned and youth-led cooperatives. The workshop will include a Q & A about how groups of two or more folklorists and/or artists might qualify for the next cycle of Co-Op Academy training.

As Green Worker Co-ops founder Omar Freilla recently explained, "worker-owned cooperatives are a work structure in which each member of the working group has 'an equal share in decision making and an equal share of the profits' generated by the work the group does together." As such, worker-owned cooperatives represent an alternative and more egalitarian working structure in comparison to 501c3 nonprofits, fiscally sponsored entities, or for-profit corporations.

Registration and admission is free, there is a suggested donation at the event, no turned away. Refreshments will be served (freewill donations accepted).

Please save the date and RSVP as soon as possible to reserve a seat for yourself in this workshop -- seating will be limited.