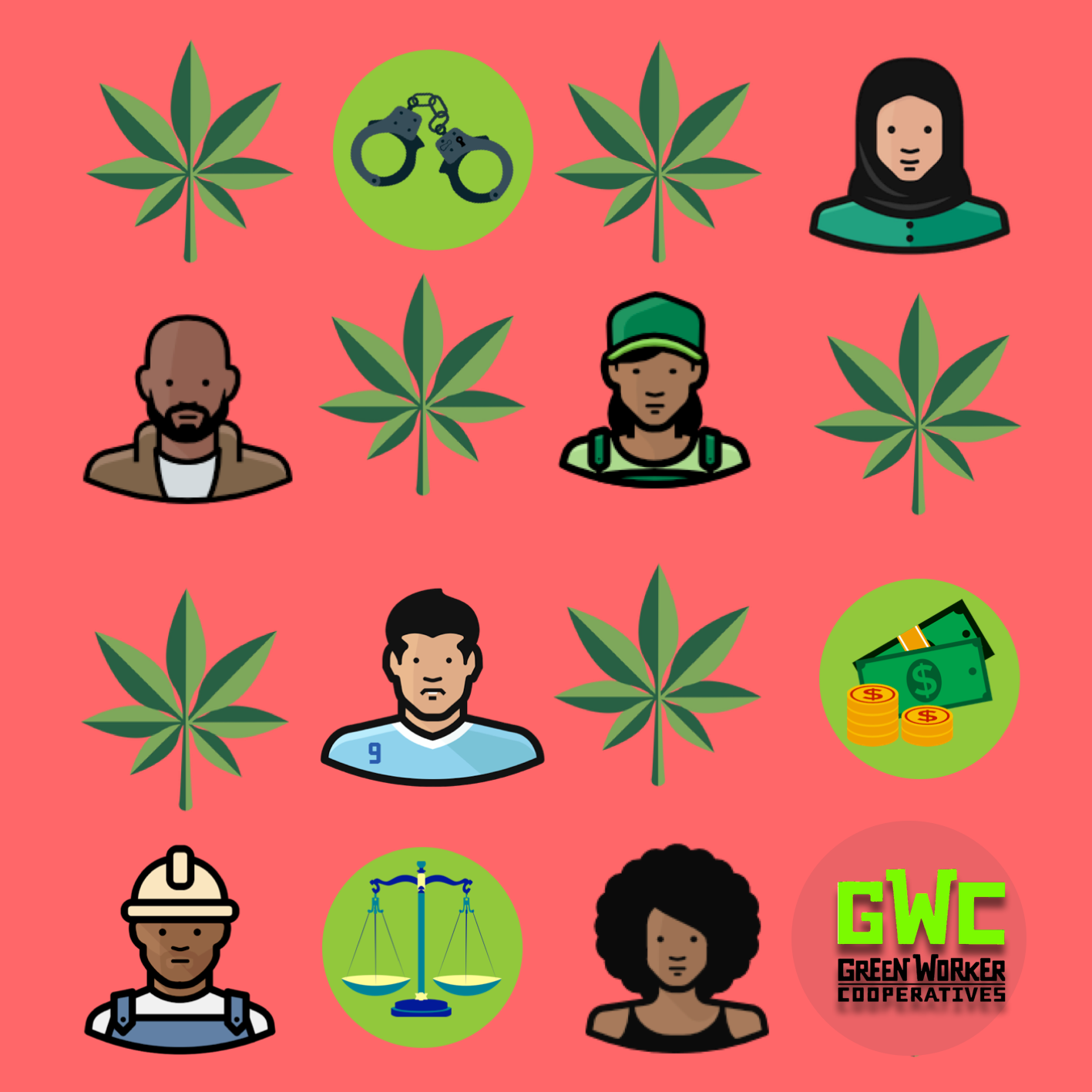 Due to changes in the availability of panelists and technological considerations, Green Worker is now having the Co-ops & Cannabis info session on Tuesday, April 21st, from 6-8pm.

We appreciate everyone's flexibility in this time of sudden shifts. If you have previously RSVPd for the event we will add you to our emails for any updates. In general, if you are interested in attending this on-line session, we will share the details via email to how you can join in the days leading up to the event. You can still RSVP.

We will send out updated information as we contend with community-wide changes addressing the corona virus, doing our best to provide the services we offer. 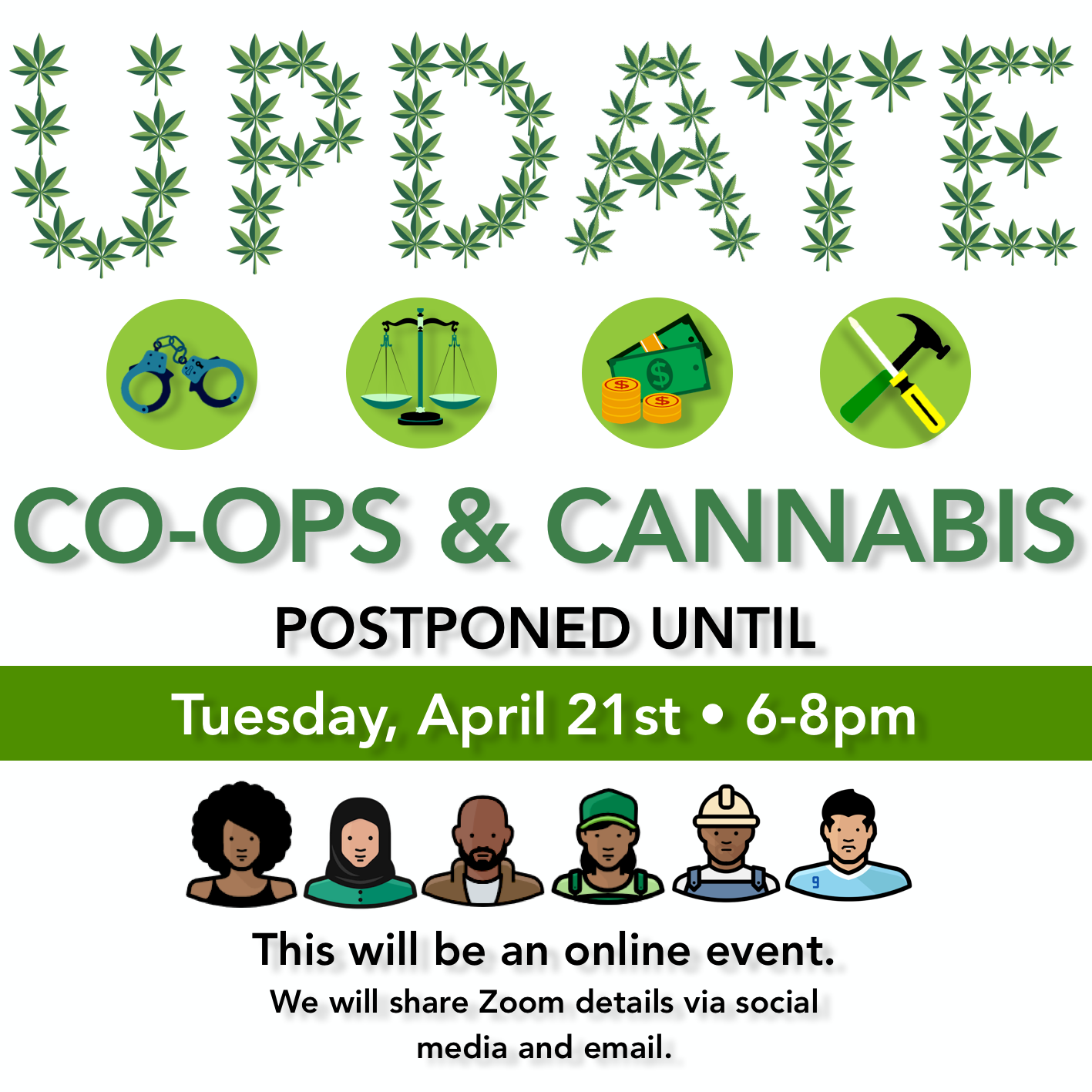 Location: On-line - Zoom details will be shared by email.

Join Green Worker Co-ops for a workshop on co-ops and marijuana legalization. There are grassroots efforts throughout New York over the past few years to legalize marijuana.

Eli Northrup, Policy Counsel at Bronx Defenders, a public defender non-profit that is radically transforming how low-income people in the Bronx are represented in the justice system, and, in doing so, is transforming the system itself.

We will explain the steps to start a cannaco-op and the current status of legislation efforts statewide. You will learn about the ways you can participate in lobbying efforts, and learn about the Fall Co-op Academy, a 5-month business bootcamp to start a worker cooperative.

In collaboration with Start SMART coalition, Green Worker has been advocating for legalization that includes worker co-ops made up of the people most impacted by the war on drugs - particularly low income people of color - communities historically targeted with unfair drug-law enforcement.

Start SMART NY – Sensible Marijuana Access through Regulated Trade – is the campaign dedicated to ending marijuana prohibition in New York. We believe that it is time to stop the ineffective, racially biased, and unjust enforcement of marijuana prohibition and to create a new, well-regulated, and inclusive marijuana industry that is rooted in racial and economic justice.

WHEN
April 21, 2020 at 6:00pm - 8pm
WHERE
Online event
Online
event
Details, Be sent out
United States
Google map and directions