What is CROWDSPEAKING? Many of you already know about crowdfunding platforms like kickstart, indiegogo, gofundme, etc...

The crowdspeaking platform was created by Thunderclap. Thunderclap is a tool that lets a message be heard when you and your friends say it together.  Think of it as an "online flash mob." Join a Thunderclap, and you and others will share the same message at the same time, spreading an idea through Facebook, Twitter, and Tumblr that cannot be ignored.

"On May Day support cooperatives & the women, immigrants & poc who have launched worker-owned business. Economy4All!"

We are inviting you to crowdspeak with us this May Day as we spread the message that worker-owned businesses are the building blocks towards AN ECONOMY THAT WORKS FOR ALL!

Our message will automatically launch

Wow! We want to thank our supporters who have joined our May Day Thunderclap campaign in support of cooperatives who are establishing the best practices for "An Economy That Works for All!"

In just ONE DAY we are at 40% towards reaching our goal.  Can you help us get to 100% before Friday? 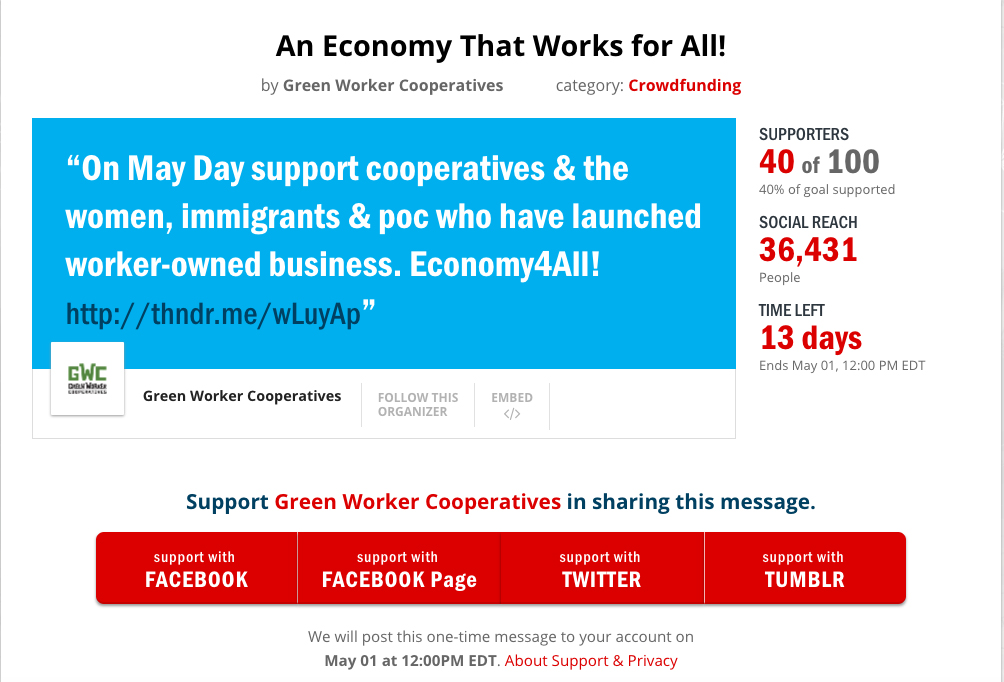 JOIN OUR MAY DAY THUNDERCLAP! 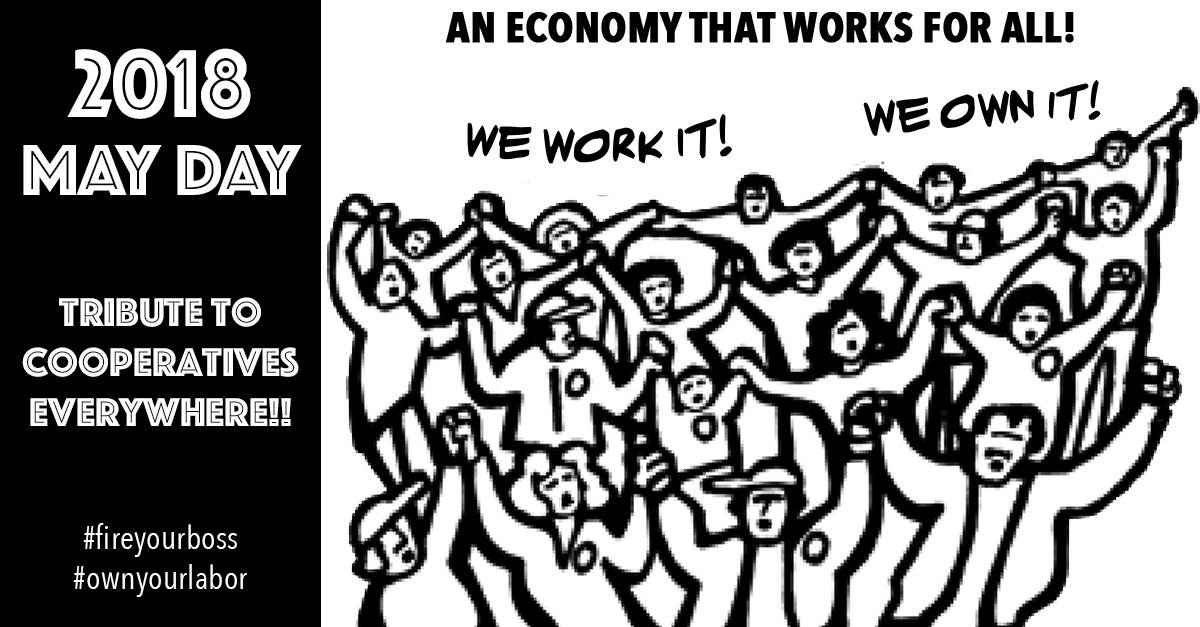 Our unified message for an #Economy4All will automatically send at the same time, on the same date, reaching millions throughout our social networks.